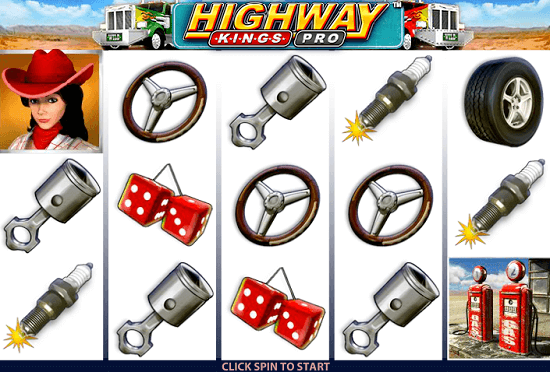 Modern-day Cowboys. A modern, and befitting, description for the drivers of Big Rigs and Monster Trucks: the Kings of the road. It is a lifestyle that has been romanticised by the likes of Johnny Cash and The Grateful Dead.

The lure of the open road has appealed to many, but it’s not a way of life meant for everyone. Being away for months on end on a long haul trip is understandably not everyone’s cup of tea.

It’s also a life of truck races, beautiful female fans, drivers passionate about their vehicles – and a whole lot of chrome.

Highway Kings Pro is an online video slot based on the world of truckers. The game is the brainchild of Playtech, and is a new and improved sequel to a previous version. The slot features 9 paylines and is played on 5 reels.  A Truck Racing Bonus Free Spins Bonus Game is the main feature.

Highway Kings Pro can be played as free or real money slots game.

The reels showcase symbols representative of a life on the road. Gas pumps, monster trucks, a trucker’s cap and dice, a spark plug, exhaust, monster truck tyre and steering wheel all form part of the theme.

A five in a row combination of monster trucks will blast in at 10 000 credits, and 5 gas pump symbols will really fill up the tank at 5 000 credits.

A nice bonus feature is that paylines pay in both directions.

The game’s wild symbol is a truck driver, appearing on reels 2, 3 and 4. The wild will change into other symbols to effect a win.  It will not substitute for the scatter or the bonus symbols.

The scatter symbol is the beauty donning the red cowboy hat. The lovely lady secures a win regardless of her position on the reels.  5 of her kind will add 100 credits to the player’s saddle sack.

The 3D graphics combined with the open road and magnificent big-wheeled beasts will get any petrol-head’s heart beating in double time. The 3D effect definitely adds a touch of class to the experience, making the game a little more lifelike than most of its 2D contemporaries.

Highway Kings Pro can be played in manual as well as in autoplay mode. Autoplay mode will ensure a fast-paced game.

The Truck Racing Bonus Game is a Free Spins Game, and is activated by the Bonus Symbol – represented by a checked flag. The bonus symbol will only materialize on reels 1 and 5, and has to be present on both reels simultaneously in order for the bonus game to be set in motion.

The Free Spins Game is presented in the shape of a racing game. The player is provided with a big monster truck, and is set on course to burn some rubber on the highway whilst collecting random multipliers on the way.

Up to 25 free spins games plus multipliers are up for grabs. 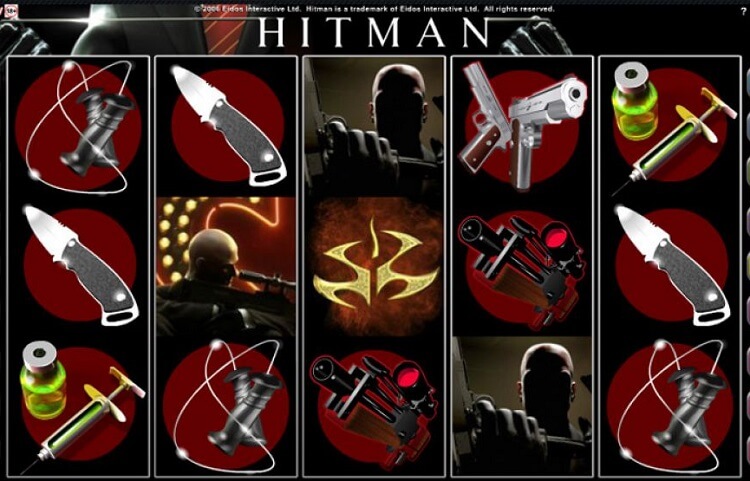 As is the case with most of the highly popular online video slot games, Hitman started out as a video game. Initially developed and published by Danish company IO Interactive, the original video game revolves around the adventures of a certain Agent 47.

Agent 47 is a clone, and the perfect assassin, having no conscience to get in the way of his murderous deeds.  This places Agent 47 in high demand with the wealthy and the elite wanting to get rid of someone and leave no trace. END_OF_DOCUMENT_TOKEN_TO_BE_REPLACED