Based in the North West province of South Africa, Sun City is a luxury holiday resort and casino complex that lies between the Pilanesberg and the Elands River regions of the North West.

Only a 2 hour drive away from the major metropolitan regions of Pretoria and Johannesburg, Sun City also borders the well-known Pilanesberg Game Reserve. This makes the resort a popular destination for locals from neighbouring cities, who often travel to Sun City for weekend trips or for nearby vacations, and the resort also attracts many tourists from across the world thanks to its unique African design.

History and Ownership of Sun City

Sun City was officially opened in December of 1979 in what was then the Bantustan region of Bophuthatswana. Developed as a part of the Sun International group of resorts and casinos, Sun City was conceptualised by mogul Sol Kerzner who took advantage of South Africa’s regional laws in order to operate the online casino 777 in the area.

Due to the fact that the area in question has been declared an independent state by the South African government, this meant that the laws around providing gambling and certain shows were much more flexible, allowing Kerzner to develop his holiday resort and casino to suit international standards.

At the time of Sun City’s opening, the UN had imposed a cultural boycott on South Africa because of its Apartheid regime, and Kerzner began to offer substantial financial compensation for well-known international acts to play at the resort in order to maintain Sun City’s prestigious reputation among locals and tourists.

Among the artists and performers who agreed to play at the venue despite the cultural boycott included famous musicians like Elton John, Rod Stewart, Frank Sinatra, Liza Minnelli and the band Queen, fronted by Freddie Mercury.

Sun City today offers a wide variety of facilities, including 4 hotels; the Sun City Hotel, the Cascades Hotel, The Cabanas and the Palace of the Lost City. The resort and casino has a unique layout and design which incorporates many water features, natural lakes, fountains and pools, as well as an on-site water park.

The complex also includes self-catering time share facilities at the Sun City Vacation Club. Regular concerts and events are hosted at Sun City at the Valley of the Waves and the Super Bowl Arena, and over the years the venue has hosted many highbrow events.

In 2014, the film Blended starring Drew Barrymore and Adam Sandler was also filmed predominantly at Sun City, adding to the resort’s colourful history. 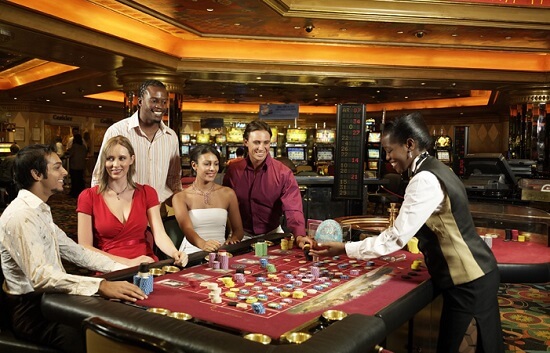 Sun City Resort and Casino has also won various awards over its lifespan, ranging from environmental and South African heritage awards to recognition as a travel and tourism destination. At the resort, guests will find 2 international standard 18-hole golf courses, including the Lost City Golf Course and the Gary Player Gold Course, where the prestigious Nedbank Golf Challenge is held each year.

As well as its 4 hotels, a casino at the Sun City Hotel and a salon prive at the Palace of the Lost City, visitors can also enjoy various amenities while staying at Sun City. These include shopping and retail opportunities, a gym and fitness centre, a Sun City spa and various casual and fine dining locations.