The Gold Reef City Theme Park is one of the main attractions of Gold Reef City, offering various roller coasters, water rides and additional amusement activities which are suitable for visitors of all ages.

The Hippodrome Auditorium on site hosts a variety of live events, including the local Idols South Africa live music shows.

Some of the most popular rides that can be found at the theme park include the Anaconda, the Jozi Express, the Tower of Terror, the UFO, the Miner’s Revenge, the Giant Wheel and the Golden Loop.

As well as a variety of casual restaurants and fast food venues, visitors at the Gold Reef City Theme Park can also make use of cinemas, a children’s play area, various entertainment performances and more.

Part of the Tsogo Sun chain of hotels, the Southern Sun Gold Reef City Hotel provides accommodation at Gold Reef City. Conveniently, the hotel is only 8 kilometres in distance from Johannesburg’s main business district, and it offers 75 en-suite rooms that cater to single guests, couples, families and groups.

Guests at the hotel can enjoy amenities like a hotel pool and the Gold Reef City Theme Park, as well as the Movies@ Cinema, and live performances at the Lyric and Globe theatres. 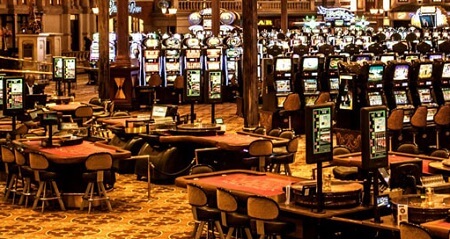 High rollers at the Gold Reef City Casino can instead play at the Egoli Salon Privé, an exclusive lounge that offers specialised staff at all times and additional VIP benefits, as well as a completely private casino gaming environment.

Visitors to the casino can also take part in other leisurely activities. There are several casual to fine dining restaurants and eateries at the site of the casino, including a buffet. Local attractions such as sightseeing tours can also be investigated, but are separate from Gold Reef City itself.